The Decline of European Civilization.

lorddreadnought at The Decline of European Civilization.

Nowadays we have to confront, practically, one of the gloomiest stages of the life of European Civilization. Every day, more and more news appears in the Internet and the mass media which dwell on the erosion of territorial boundaries of Europe and the accelerating split of civilization. Mankind is known to have experienced conflict of empires, nation states and ideologies, and gradually approaches the 4th phase – the clash of civilizations. The American political scientist Samuel P. Huntington predicted that at one of the most violent phases of human confrontation the war of cultures is expected – the civilizational confrontation between White Europe against the immigrants’ influx from Africa and Islamic states.

Huntington’s predictions are confirmed by a large number of Muslim enclaves in Europe, demographic differences between immigrants and native Europeans and a complete failure in cultural expansion. The erstwhile image of the European knight has almost disappeared from the life of modern Europeans; the virtues of chivalry have been replaced by universal values, sexual freedom, the cult of money and hedonism. A knight’s armor has been covered with dust, the sword is rusty, and the willingness to take it and defend the oppressed has turned into a sinful indifference of good citizens. All-embracing degradation of Europeans, gay parades, miscegenation and a ubiquitous corruption have come to replace the grey-haired European traditionalism. Europe is losing its national and cultural identity, which is gradually being replaced by Islam, Sharia law; and the newly arrived guests vociferously claim to be owners.

Every day we have to witness foreigners desecrate our sacred values, enter our homewithout any invitation, and impose the laws which are foreign to Europeans. Such self-will is being passionately advocated by liberal non-governmental organizations and the majority of ruling parties of modern Europe. Despite disastrous effects of multicultural projects, EU commissioners extend immigration quotas forcing Europeans to support the integration of people whose world view is alien to us. Ideologists of tolerance completely ignore all the historical events, which clearly indicate the impossibility of peaceful coexistence between Muslims and Europeans. The Crusades in the Holy Land, the Spanish Reconquista and rivers of blood that flow into a sea – all this apparently demonstrates the incompatibility of Europeans and their guests but does not influence the liberal world view of ruling circles.

Today the situation has reached its apogee: the hordes of outlanders attack the borders of Europe, Muslims unite in increasingly aggressive communities, and tens of thousands of them become terrorists of ISIL. The streets of Paris are on fire and are full of bleeding bodies of the French, killed by Islamists, while the European nationalistic opposition cannot reach its solidarity and unanimity.

England confined in its islands fights against immigrants from Eastern Europe, but actively promotes the softening of migration requirements for India and Pakistan. French and Greeks play into the hands of Putin considering him the right-wing messiah and the main adversary of the cursed West; Poles hate banderites and search for mythical enemies. Meanwhile more and more people wake up to the screams of the muezzin, and in the cellars of mosques students from exotic countries learn to make explosive belts and cut the heads of infidel, tolerant and exceedingly naive Europeans.

European right-wing politicians are taking up arms against one another,overlooking those who are already holding the blade on their carotid arteries.

Powerful and united the enemy is, meanwhile we cannot give in our pride vehemently holding on to historical conflicts, territorial disputes and primitive chauvinism. Day by day we aimlessly expend our energies on draining our own blood. Rarely do we realize the sanity and relevance of certain oppositions forgetting that Europe is our common home which nowlike never before needs to be protected.

What does the future have in store for us? Will we fall to our knees and with our heads hanged down obediently tolerate the flags with crescent and minarets in the streets of European cities? Will we allow outlanders to rape our women and kill our children? Will European Civilization survive at all?

Should we silently respond to terrorist attacks in Europe with common mourning?

Answers to these questions entirely depend on us. Europe will either return to its traditional outlook and passionarity or it is doomed to be destroyed in the future civilizational conflict, and eventually will turn into ‘Euroslave’.

We should remember that any war between Europeans is a civil war, so we have to strive for unity and ignite the liberating fire of Reconquista wherever ‘occupiers’think that they have already gained a victory. 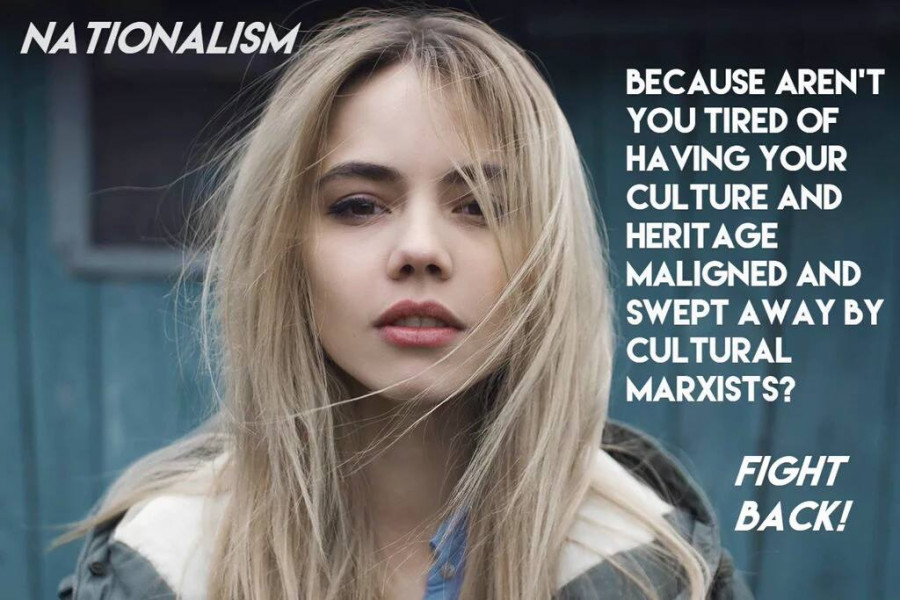 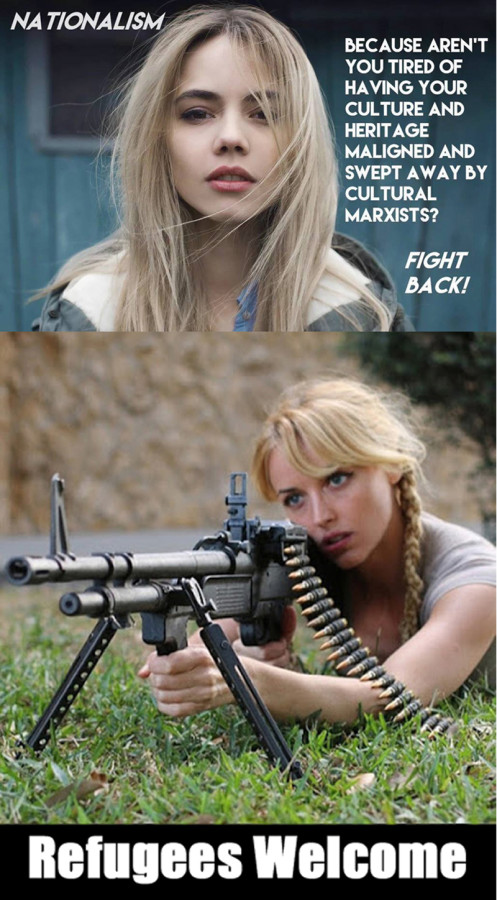