Mossad - The Israeli Connection to 911 By Christopher Bollyn.

lorddreadnought at Mossad - The Israeli Connection to 911 By Christopher Bollyn.

U.S. investigators and the controlled media have ignored a preponderance of evidence pointing to Israel's intelligence agency, the Mossad, being involved in the terror attacks of 9/11.

Al Qaeda was blamed for the attacks on the World Trade Center and the Pentagon. America’s Jewish controlled media let Israel do it. The Israelis were the only ones with access to the Towers. Why did WTC 7 collapse so neatly when it was never hit by a plane? Tell me how the steel girders were cut by a random fire that was not intense enough to melt any of the glass? Shouldn’t we expect to see glass to melt before steel in all of those collapse videos?

From the very morning aircraft smashed into the World Trade Center (WTC) and the Pentagon, news reports have indicated Israeli intelligence being involved in the events of 9/11 - and the planting of "false flags" to blame Arab terrorists and mold public opinion to support the pre-planned "war on terror."

Shortly after the destruction of the twin towers, radio news reports described five "Middle Eastern men" being arrested in New Jersey after having been seen videotaping and celebrating the explosive "collapses" of the WTC.

These men, from a phony moving company in Weehawken, N.J., turned out to be agents of Israeli military intelligence, Mossad. Furthermore, their "moving van" tested positive for explosives.

Dominic Suter, the Israeli owner of Urban Moving Systems, the phony "moving company," fled in haste, or was allowed to escape, to Israel before FBI agents could interrogate him. The Israeli agents were later returned to Israel on minor visa violations.

The Assistant Attorney General in charge of criminal investigations at the time was Michael Chertoff, the current head of the Dept. of Homeland Security. Chertoff, the son of the first hostess of Israel's national air carrier, El Al, is thought to be an Israeli national.

One of the Israeli agents later told Israeli radio that they had been sent to "document the event" - the event which took the lives of some 3,000 Americans.

Despite the fact that the Israelis arrested in New Jersey evidently had prior knowledge or were involved in the planning of 9/11, the U.S. mainstream media has never even broached the question of Israeli complicity in the attacks.

On September 12, 2001, the Internet edition of The Jerusalem Post reported, "The Israeli foreign ministry has collected the names of 4,000 Israelis believed to have been in the areas of the World Trade Center and the Pentagon at the time of the attack."

Yet only one Israeli was killed at the WTC and two were reportedly killed on the "hijacked" aircraft.

Although a total of three Israeli lives were reportedly lost on 9/11, speechwriters for President George W. Bush grossly inflated the number of Israeli dead to 130 in the president's address to a joint session of Congress on September 20, 2001.

The fact that only one Israeli died at the WTC, while 4,000 Israelis were thought to have been at the scene of the attacks on 9/11 naturally led to a widespread rumor, blamed on Arabic sources, that Israelis had been forewarned to stay away that day.

"Whether this story was the origin of the rumor," Bret Stephens, the Post's editor-in-chief wrote in 2003, "I cannot say. What I can say is that there was no mistake in our reporting."

Evidence that Israelis had been forewarned several hours before the attacks surfaced at an Israeli instant messaging service, known as Odigo. This story, clear evidence of Israeli prior knowledge, was reported only briefly in the U.S. media - and quickly forgotten.

At least two Israel-based employees of Odigo received warnings of an imminent attack in New York City more than two hours before the first plane hit the WTC. Odigo had its U.S. headquarters two blocks from the WTC. The Odigo employees, however, did not pass the warning on to the authorities in New York City, a move that could have saved thousands of lives.

Odigo has a feature called People Finder that allows users to seek out and contact others based on certain demographics, such as Israeli nationality.

Two weeks after 9/11, Alex Diamandis, Odigo's vice president, reportedly said, "It was possible that the attack warning was broadcast to other Odigo members, but the company has not received reports of other recipients of the message."

The Internet address of the sender was given to the FBI, and two months later it was reported that the FBI was still investigating the matter. There have been no media reports since.

Odigo, like many Israeli software companies, is based and has its Research and Development (R&D) center in Herzliya, Israel, the small town north of Tel Aviv, which happens to be where Mossad's headquarters are located.

Shortly after 9/11, Odigo was taken over by Comverse Technology, another Israeli company. Within a year, five executives from Comverse were reported to have profited by more than $267 million from "insider trading."

Through Israeli "venture capital" (VC) investment funds, Mossad spawns and sponsors scores of software companies currently doing business in the United States. These Israel-based companies are sponsored by Mossad funding sources such as Cedar Fund, Stage One Ventures, Veritas Venture Partners, and others.

As one might expect, the portfolios of these Mossad-linked funding companies contain only Israeli-based companies, such as Odigo.

Reading through the strikingly similar websites of these Israeli "VC" funds and their portfolio companies, one can't help but notice that the key "team" players share a common profile and are often former members of "Israel's Intelligence Corps" and veterans of the R&D Department of the Israel Air Force or another branch of the military. Most are graduates of Israel's "Technion" school in Haifa, Mossad's Interdisciplinary Center (IDC) in Herzliya, or a military program for software development.

The IDC, a private, non-profit university, is closely tied to the Mossad. The IDC has a "research institute" headed by Shabtai Shavit, former head of the Mossad from 1989 to 1996, called the International Policy Institute for Counter-Terrorism.

The IDC also has a "Marc Rich Center for the Study of Commodities, Trading and Financial Markets" and a "Lauder School of Government, Diplomacy and Strategy." The cosmetics magnate Ronald S. Lauder, who is a supporter of Israel's Prime Minister Ariel Sharon and his far-right Likud Party, founded the Lauder school.

Lauder, president of the Jewish National Fund and former chairman of New York Governor George Pataki's Commission on Privatization, is the key individual who pushed the privatization of the WTC and former Stewart AFB, where the flight paths of the two planes that hit the twin towers oddly converged. Ronald Lauder played a significant, albeit unreported, role in the preparation for 9/11.

Ptech, a mysterious software company has been tied with the events of 9/11. The Quincy, Massachusetts-based company was supposedly connected to "the Muslim Brotherhood" and Arab financiers of terrorism.

The firm's suspected links with terrorism resulted in a consensual examination by the FBI in December 2002, which was immediately leaked to the media. The media reports of the FBI "raid" on Ptech soon led to the demise of the company.

Ptech "produced software that derived from PROMIS, had an artificial intelligence core, and was installed on virtually every computer system of the U.S. government and its military agencies on September 11, 2001," according to Michael Ruppert's From the Wilderness (FTW) website.

"Whoever plotted 9/11 definitely viewed the FAA as the enemy that morning. Overriding FAA systems would be the most effective way to ensure the attacks were successful," FTW reported. "To do this, the FAA needed an evolution of PROMIS software installed on their systems and Ptech was just that; the White House and Secret Service had the same software on their systems - likely a superior modified version capable of 'surveillance and intervention' systems."

But did the U.S. government unwittingly load software capable of "surveillance and intervention" operations and produced by a company linked to terrorism onto its most sensitive computer networks, or was Ptech simply a Mossad "cutout" company?

Oussama Ziade, a Lebanese Muslim immigrant who came to the U.S. in 1985, founded Ptech in 1994. But the company's original manager of marketing and information systems was Michael S. Goff, whose PR firm, Goff Communications, currently represents Guardium, a Mossad-linked software company.

And Goff comes from a well-to-do line of Jewish Masons who have belonged to Worcester's Commonwealth Lodge 600 of B'nai Brith for decades. So, why would a recently graduated Juris Doctor in Law leave a promising law career to join forces with a Lebanese Muslim's upstart company sponsored with dodgy funders in Saudi Arabia?

AFP asked Goff, who left the Worcester law firm of Seder & Chandler in 1994, how he wound up working at Ptech. "Through a temp agency," Goff said. Asked for the name of the agency, Goff said he could not remember.

Could it be Mossad Temps, or maybe Sayan Placement Agency?

Goff, the original marketing manager for Ptech software, said he did not know who had written the code that Ptech sold to many government agencies. Is this believable?

Goff leaves a legal practice in his home town to take a job, through a temp agency, with a Lebanese Muslim immigrant who is selling software, and he doesn't know who even wrote the code?

AFP contacted the government agencies that reportedly have Ptech software on their computers, and IBM, to ask if they could identify who had written the source code of the Ptech software.

By press time, only Lt. Commander Ron Steiner of the U.S. Navy's Naval Network Warfare Command had responded. Steiner said he had checked with an analyst and been told that none of the Ptech software has been approved for the Navy's enterprise networks. 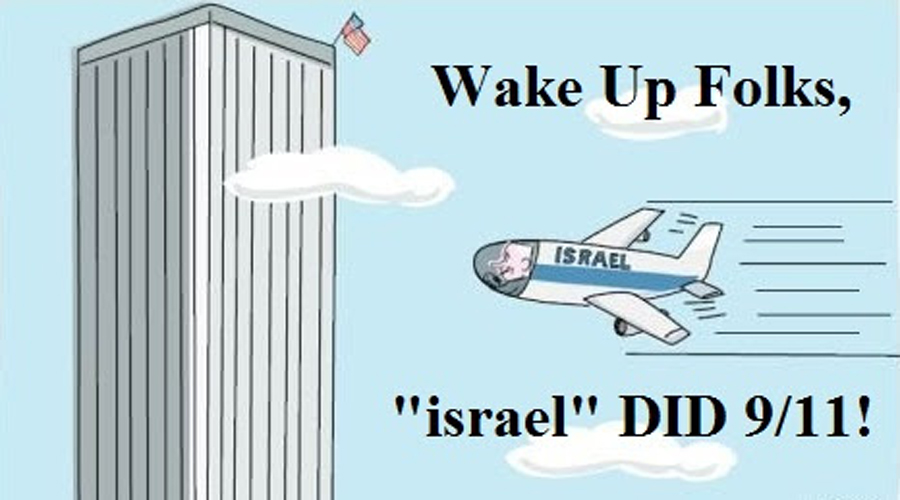 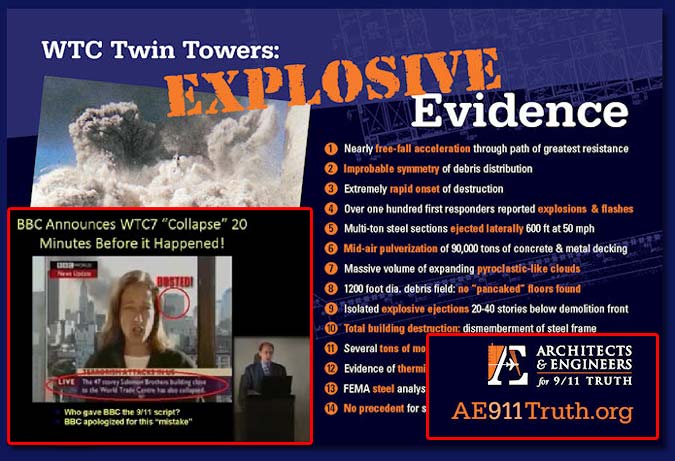 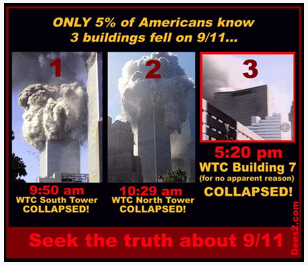 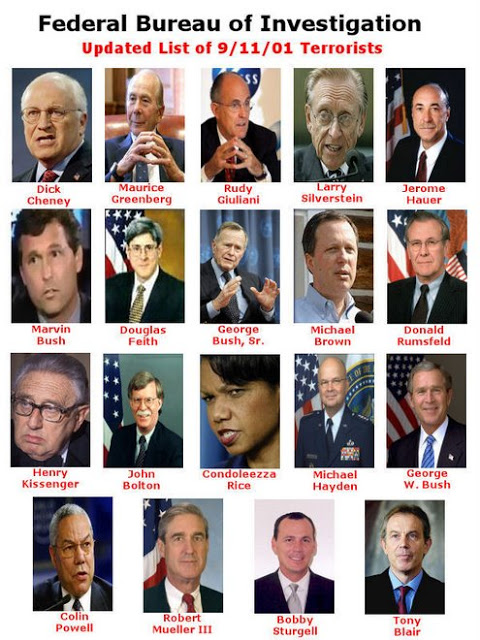