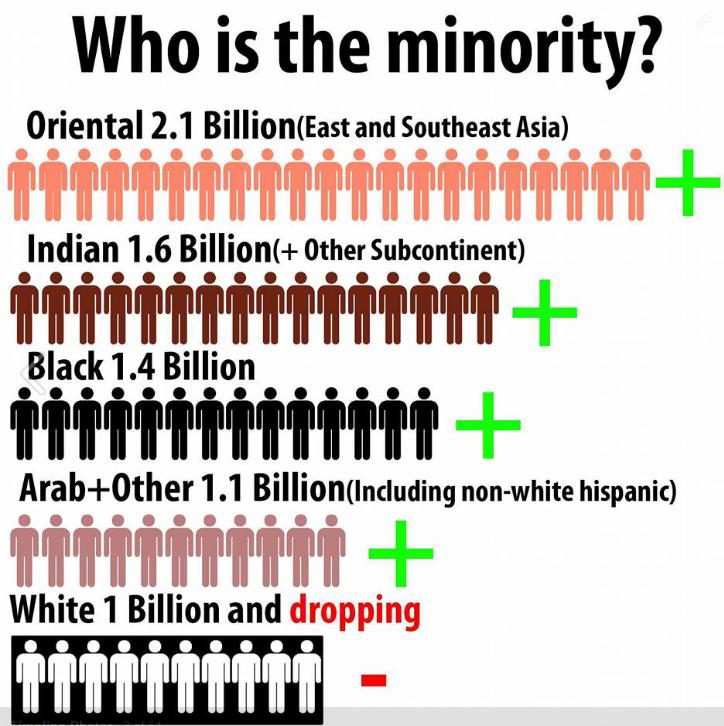 Today, according to the latest U.S. Census – only 23% of the American population under the age of 18 is WHITE. Already, four U.S. states are MAJORITY NON-WHITE, and 10% of all counties in America are MAJORITY NON-WHITE. World-wide, White women of child-bearing age comprise only 3% of the earth’s population. Do these FACTS disturb you? They should.

Currently, America has an estimated 20 MILLION brown, mestizo ILLEGAL ALIENS who have INVADED OUR NATION – this evil, corrupt Judeo-Capitalist system – where basically 3% of the population, control 85% of the nation’s wealth, are demanding and will eventually grant “amnesty” to these foreigners. Why?